Get a FREE entry!

Fantasy Dream Team – The Best Fantasy Sports Games all in one place!

FanDuel is one of the most popular daily fantasy sports providers with a wide range of sports and game styles for everyone.

Get a $20 bonus with your first deposit!

DraftKings is a leader in daily fantasy sports with a wide range of sports and events available to players.

FantasyDraft is one of the main competitors outside of the two most popular daily fantasy sport sites, FanDuel and DraftKings. 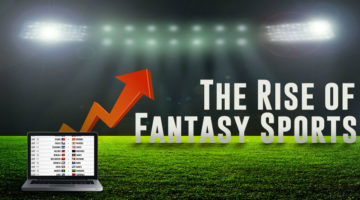 Select from one of the best fantasy sport games websites. You can join a public league, where anyone can sign up for a spot, or a private league, where you need an invitation to play. Some people, typically beginners, play just for fun and some play for money. Be sure to understand the type of league you join, along with its rules as each league is different. League selection is an important factor, so don’t take it lightly.

Before choosing your fantasy team, you need to research all of the available players so you can pre-rank them according to your personal preference. Understanding your league’s scoring system and roster setup is critical to creating a bulletproof draft strategy.

The draft is the most fun and exciting day of the fantasy season. During the draft, each fantasy owner selects one player at a time until the rosters are complete. Fantasy sport drafts can take place online, but some leagues — typically friends or co-workers — will conduct the draft in person. Remember to draft all of the correct positions, so that you can have a full team roster.

During the season of your chosen sport, the real teams face each other and so do the fantasy teams in your league. The players’ real-time stats are converted into fantasy points by your league provider, and the fantasy team that scores the most points wins the game for the week. The goal is to win as many games as possible to make the playoffs.

As a fantasy owner, you’re in total control. You can drop players you think aren’t good enough and replace them with free agents. If one of your starters gets injured, you can bench him and start a healthy player instead. You may even make a trade offer to another owner.

Only the strong survive, and at the end of the fantasy season, the top teams square off in a single-elimination tournament to decide the league champion. The last team standing may win a trophy, a cash prize, or just honor; but make no mistake, there will be only one winner.

DraftKings is a leader in daily fantasy sports with a wide range of sports and events available to players.
Review
Play now

FanDuel is one of the most popular daily fantasy sports providers with a wide range of sports and game styles for everyone.
Review
Play now

FantasyDraft is one of the main competitors outside of the two most popular daily fantasy sport sites, FanDuel and DraftKings.
Review
Play now